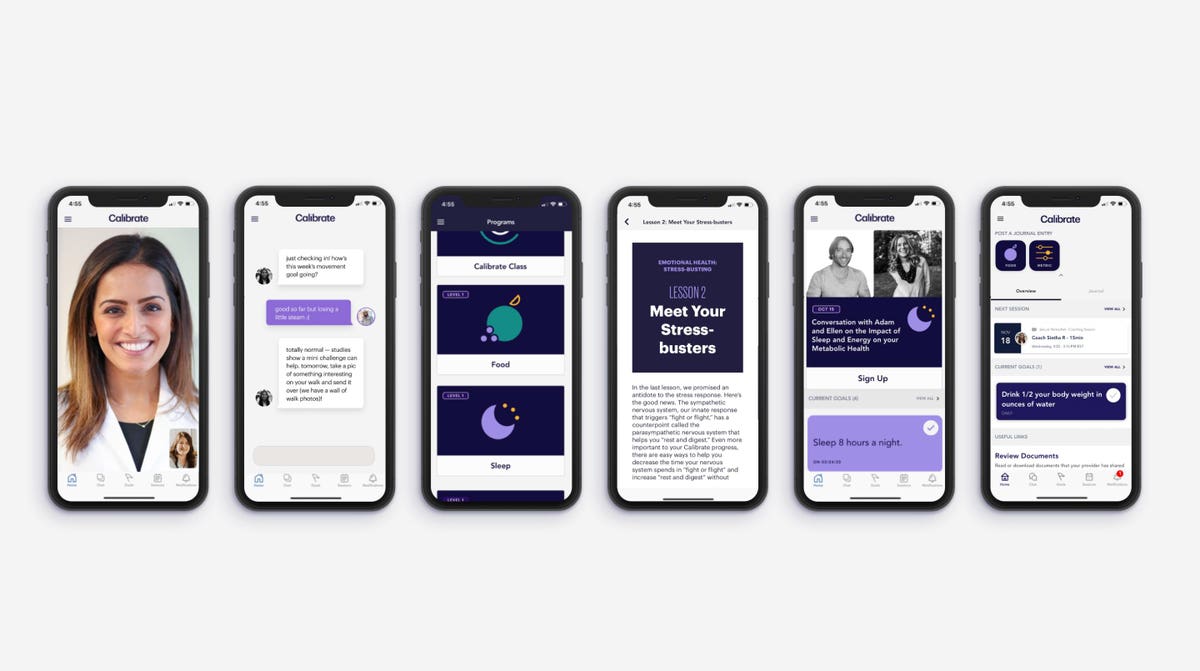 When Calibrate—the female-founded telehealth startup trying to disrupt the $70 billion weight loss industry—came out of stealth mode in June, it was operating in three states, had 10 employees and $5.1 million in seed funding. Seven months later, the service has expanded to seven states, grown to 52 employees and, as of Tuesday morning, secured a fresh capital infusion.

Calibrate announced today that it has closed a $22.5 million Series A funding round led by Emily Melton at Threshold Ventures, with participation from existing investors including Forerunner Ventures and Redesign Health. Melton will join Calibrate’s board of directors, which happens to be entirely female.

“By Labor Day, we’d blown through our goals and targets for the year,” Calibrate founder and CEO (and Under 30 alumna) Isabelle Kenyon told Forbes about the company’s recent growth. The new capital, she says, will fuel expansion across the rest of the U.S., as well as product enhancements. “People have started to ask us what comes next, what are the year two products, what are the products for people who want to stay on?”

Calibrate is designed as a one-year digital program that gives patients what Kenyon describes as a metabolic reset: By connecting people with obesity specialists who can prescribe medication and coaches who can help patients make lifestyle tweaks that lead to more energy and lower blood pressure, weight loss happens as a byproduct. Melton, who was also an early investor in diabetes management company Livongo (which was acquired for $18 billion last year), sees this type of program and technology as a potentially profound treatment for conditions—obesity and pre-diabetes—that affect tens of millions of American adults and cost the U.S. healthcare system billions of dollars every year.

“When I look at healthcare investments, I really like to think about what are the biggest areas of concern. What are the largest markets?” Melton says. “I’m thinking long term. So for me, the underlying focus is do I think this is a really large problem, and can we have a really big impact if we execute well? And I know that sounds simple, but it’s really important because it’s a really, really big problem.”

Melton also noted that Kenyon’s personal ties to Calibrate—she’s open about wanting to start a business to help her mom in her own health journey—gave her confidence to invest. “Authentically caring about the problem, and putting the consumer in the center, those are almost always my best investments and the ones I enjoy working with the most,” Melton says.

Perhaps not coincidentally, building a product to help her mother has led Kenyon to create something whose early adopters are not Millennials, like so much research predicted would be the case, but instead women in their 50s. “Seventy percent of our users are in their 50s,” Kenyon says. And 90% of the platform’s members identify as female.

One of those early adopters is Ruth Scott, a 57-year-old San Fernando Valley resident who works in insurance. Scott describes herself as a “menopausal woman with no ovaries” who has been on hormone replacements that have affected her metabolism. “I’ve done HCG, I tried Weight Watchers. I’ve done Jenny Craig, Nutrisystem . . . I’ve done pretty much all of it,” Scott said, referring to other diets and weight loss programs.

She began using Calibrate in August. After she got the bloodwork she’d need for the consultation with her Calibrate doctor, she started meeting with her coach, who started recommending some simple lifestyle changes, like drinking more water. “I have white in my eyes now,” Scott laughs, noting that they used to be bloodshot.

The obesity physician Scott consulted through Calibrate then put her on GLP-1 medicine, a treatment that can help the body produce more insulin, which regulates the body’s blood sugar. These drugs can come with side effects including nausea and diarrhea, and Scott did say it took her a couple of days to feel 100%. Today, she feels no side effects and thinks the medication “definitely helps with the appetite control.”

As these improvements helped Scott sleep better and feel more energized, weight loss followed: Scott has lost 41 pounds, or 18% of her body weight. (This is roughly consistent with the results Calibrate has been seeing: Kenyon says that members’ average weight loss at six months is 31 pounds, or 15% of a person’s body weight.) But the most important change, Scott says, happened with her blood sugar levels. In August, the results of one blood test put her levels at the upper end of the “pre-diabetes” range. By November, her blood sugar levels had dropped into what is considered “normal” for healthy adults. “This means I’ll live longer, I can maybe see grandchildren,” Scott said, tearing up. “It was worth everything.”

Scott is just one Calibrate user, but her trajectory supports Kenyon’s vision for the company, as well as Melton’s investment thesis.

“It’s about your quality of your life and who you want to spend it with,” Melton says. “It’s not about a pant size.”