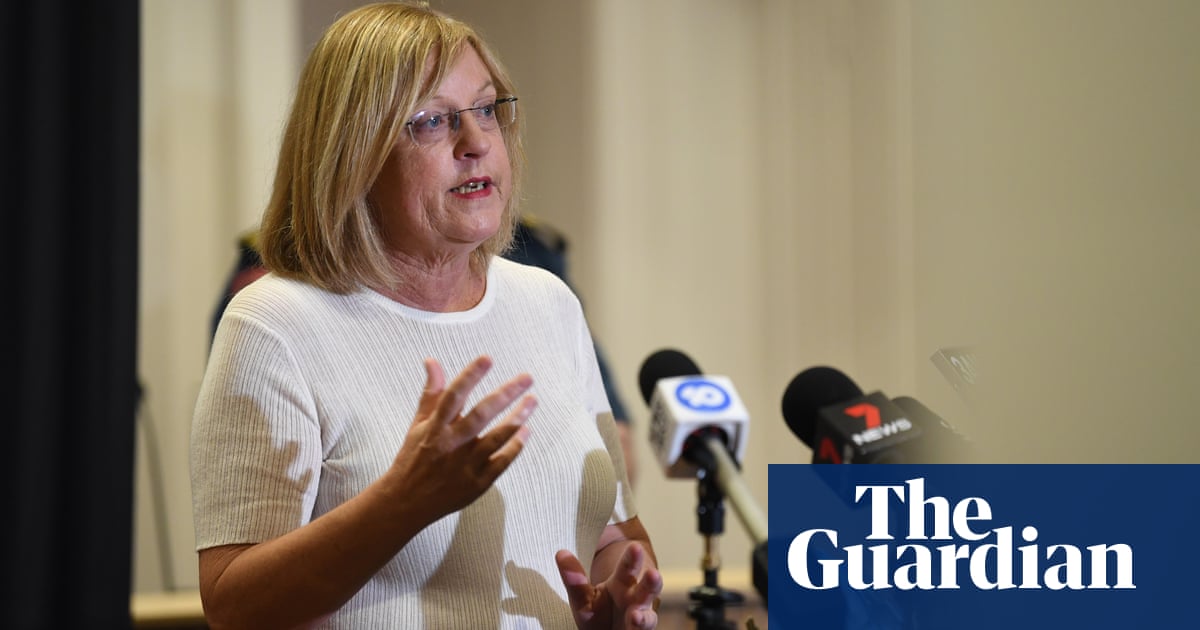 A returned traveller in hotel quarantine in Victoria has tested positive to the exact same UK variant of Covid as a family staying across the hall with health authorities suspecting the viral load was “so high” it jumped across the corridor.

The hotel transmission comes as West Australian authorities reported a Perth quarantine guard who contracted coronavirus also did not come into close contact with a returned traveller with the UK infection.

Neville said the danger of community transmission was “exceptionally low” but authorities were still attempting to determine how the transmission occurred. CCTV footage showed there were no breaches of protocol by either guests or staff. Workers always wore personal protective equipment.

Authorities are examining the ventilation system but Neville said a report at the time the government commissioned the Park Royal for hotel quarantine showed there was no sharing of air between rooms or communal areas.

The minister said the working assumption was that the family’s viral load was so high it spread into the corridor when their door was opened.

“The only reason that people open doors – there’s no interaction with staff – is to pick up their food or drop their old laundry out … because no one can enter their room,” Neville said.

All staff who were working in the hotel have been sent home to quarantine and are being tested. So too are all other guests on the same floor including those who have recently checked out.

Authorities in WA are similarly working to determine how a security guard who tested positive to Covid-19 became infected despite not directly interacting with a returned traveller with the UK variant.

The WA health minister, Roger Cook, on Wednesday corrected his previous claim that the guard had interacted with the traveller. Cook said the man had somehow contracted the virus while sitting unmasked three metres from the guest’s room.

The door to the room was opened seven times during the guard’s 12-hour shift by other security guards and hotel quarantine staff who were delivering food or medicine.

“Yesterday we reported that the security guard in question delivered some medication to that room – I can now reveal he was not the person who did that,” Cook said.

“We have established that all on that date wore the appropriate PPE. The security guard did not approach the door during the day however obviously you can understand with seven different visits during that day to the person in question, it would appear that there was some spread of the disease.”

Cook said the security guard was not required to wear a mask while he sat in his chair near the stairwell.

The state health department’s infectious disease expert, Dr Paul Armstrong, said authorities were investigating potential infection scenarios, including that the returned traveller coughed during one of the seven visits to his room that day, sending droplets into the corridor, or that the hotel security guard touched a contaminated surface and then “put his fingers into his eyes and mouth”.

“We haven’t worked out exactly how that transmission event has occurred,” he said.

Armstrong said it wasn’t thought the virus was transmitted through the air-conditioning system. Evidence to date suggested Covid-19 was “not a pathogen that can be transmitted by the air conditioning”.

Western Australia on Wednesday recorded its third day without any new community cases, raising hopes the snap five-day lockdown will be lifted as planned on Friday.

Speaking at a bushfire staging ground in Mundaring, established to respond to a bushfire that destroyed 71 homes on Perth’s eastern fringes, WA premier Mark McGowan said “if we do continue on a zero streak through to Friday the full lockdown will end”.

McGowans said that some form of restrictions would remain in place until the state had passed at least 14 days of no local transmission.

The health advice in place in WA last month – when the security guard worked his last shift and is believed to have contracted the virus – required guards to carry a face mask, goggles and other appropriate PPE and wear it when they came within 1.5 metres of a room housing a returned traveller.

That advice has since been updated to mandate the wearing of face masks at all times, Armstrong said, adding the previous policy on face masks was “based on advice from a very, very experienced infection prevention control team”.

“That question has been put up a number of times but on balance, the policy decision was, these guards didn’t need to wear masks,” he said. “We all need to remember that there have been around 37,000 people in those hotels. Under this policy, several hundred of those have become positive and we haven’t had any breaches. Something is different in that circumstance and we have to learn from it and change our policy.”

Armstrong said that wearing a mask in circumstances where it was not necessary could lead people to touch their face more.

A reporter said it was “ludicrous” to require 2 million people in Perth, Peel and the south-west to wear a face mask when people working in hotel quarantine were not.

Armstrong replied that “lots of journalists [here] are playing with masks all the time”.

“This is not a panacea, there are downsides,” he said.

Authorities in WA conducted 12,326 tests on Tuesday. There are now 189 people identified as close contacts of the security guard and 234 casual contacts, all of whom are in isolation. Test results of 116 have been received with no positive results. The man’s housemates, who tested negative on Sunday, have been tested again.